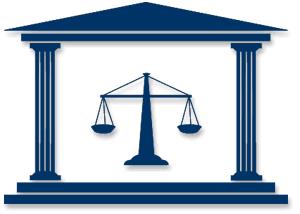 A whistleblower has alleged that DaVita Kidney Care and Fresenius and charity organization American Kidney Fund were involved in a years-long kickback scheme in which patients were incentivized to use only those dialysis providers who donated to the charity.

According to the whistleblower complaint, which was first unsealed on Thursday after the U.S. Justice Department declined to intervene, most of the American Kidney Fund’s money goes toward helping patients pay for dialysis treatment through grants. DaVita and Fresenius are among the organization’s biggest donors.

When the American Kidney Fund became pressed for donations, it began restricting grants to only patients whose dialysis providers contributed to the fund, according to the lawsuit, which was initially brought in 2016 by a former AKF employee of 12 years. DaVita and Fresenius pressured the AKF to do so, according to the complaint, which was first reported by Bloomberg Law.

“AKF officials would tell new smaller providers who did not want to contribute or the patients who went to such facilities that it would be best for the patients to go to Fresenius and DaVita,” the complaint states.

In one case outlined in the complaint, the AKF allegedly got rid of applications for financial assistance from patients of Methodist Hospital in Texas when that hospital declined to contribute to the program.

“AKF began driving business to its large provider funders instead of exercising autonomy as an independent charity,” the complaint alleged.

The whistleblower argued that the scheme was in opposition to an Office of the Inspector General advisory opinion that stated that funding wouldn’t influence the patients’ choice of provider.

In a statement, American Kidney Fund CEO LaVarne Burton, said the organization “strictly adheres to the federal advisory opinion that governs our charitable premium assistance program, and we have in place strict safeguards and conflict of interest policies to ensure that.”

Burton also said the organization “cooperated fully” in the U.S. Justice Department investigation that started in 2016.

“The Department of Justice has looked at this matter and decided not to pursue any action against DaVita,” DaVita said in a statement. “Unfortunately, some health insurers seeking to avoid high cost patients may continue to try to challenge charitable premium assistance. We, in turn, will continue to defend our patients’ right to access such assistance.”

Fresenius did not respond to a request for comment.