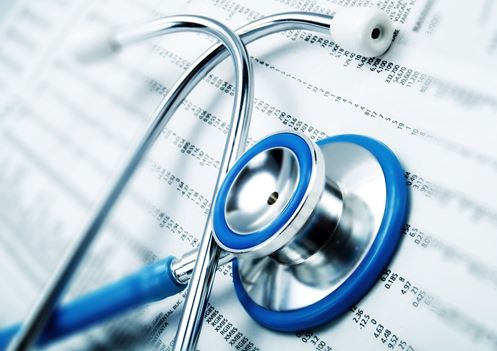 The CMS on Monday issued several proposed rules that, among other changes, would require hospitals to publish payer-negotiated prices for various services alongside standard gross charges.

The goal is to make it easier for patients to understand the cost of a hospital service before accessing care, according to agency leadership.

Starting in January 2019, the CMS began requiring hospitals to publish their list of retail charges for healthcare services—a move that’s been roundly criticizedsince patients rarely pay those rates. But under the latest Medicare Outpatient Prospective Payment System proposed rule, the CMS would go a step further by requiring hospitals to publish the negotiated price by specific payer and plan for “shoppable services.” The agency defines those as procedures that patients can book in advance, including X-rays, outpatient visits and lab tests as well as bundled services like a cesarean delivery.

Hospitals and insurers have raised concerns about publicly sharing negotiated rates since they are often considered confidential, and could result in increased prices across the industry.

In August 2018, UCHealth launched a tool within its patient portal where patients could view cost estimates for more than 350 procedures and services. At the time, the Aurora, Colo.-based health system didn’t think the agency’s focus on chargemasters went far enough for providing price transparency.

“We wanted to be able to come to the table with our legislators and say ‘We want to work with you to solve this problem, and here’s a better solution for doing that,’ ” said Melissa Greer, UCHealth’s vice president of revenue cycle

The price estimates tool provides a breakdown of the patient’s expected out-of-pocket liability based on the typical cost of the service and a real-time eligibility check with their benefit plan, including identifying how much of the patient’s deductible has been met for the year.

To get around possible issues with publishing payer-negotiated rates, UCHealth—which is still working on fine-tuning the tool, such as factoring in professional fees alongside hospital charges—masks these rates by combining its contractual discount and the insurance payment as a single line in the price breakdown.

Like most providers, Monongahela Valley Hospital doesn’t display their contracted rates to patients. Its patient-facing price estimator shows patients the total chargemaster prices and the patient’s out-of-pocket responsibility. A Recondo spokesperson said the hospital pays about $7,700 a month to use the company’s products, including two price estimator tools, along with other offerings.

Using price estimator tools has helped with the hospital’s upfront collections, according to Barbara Baron, the hospital’s patient access manager, and subsequently saves time and resources that would have been spent on sending out billing statements.

That’s a core reason why price transparency tools can be a boon for hospital operations, too.

“Patients that understand what their financial obligations are going to be can be more likely to pay,” said Richard Gundling, the Healthcare Financial Management Association’s senior vice president for healthcare financial practices. If a patient sees that the estimate is more than they can pay, it allows them time to work with a financial counselor from the health system before their visit.

Health systems have to be sure to manage patients’ expectations. That means being clear about how much these estimates can change or fluctuate, and clarifying upfront whether a health system is offering a price estimate, or a price guarantee.

Memorial Healthcare System, which offers a web-based transparency pricing tool, has taken an unorthodox approach—providing patients with a firm quote for out-of-pocket expenses. While the Hollywood, Fla.-based health system initially rolled out the tool as a price estimator in 2014, it has since transitioned to providing patients with price guarantees.

“We’re not going to make our inability to be precise on what a patient’s out-of-pocket requirement is a burden on our consumer,” said Matt Muhart, Memorial’s executive vice president and chief administrative officer.

The tool, which Memorial developed with healthcare software company ezVerify, calculates out-of-pocket cost information for 330 types of outpatient procedures, diagnostic services and physician visits, as well as providing information on what’s included in that quote.

In an analysis of 300 quotes, Memorial found that patients who used the tool and later visited the health system for those services contributed $1.5 million to the organization’s revenue. While this revenue can’t fully be attributed to the transparency pricing tool, Muhart said he thinks the tool helped provide a better consumer experience, and may have engaged some patients who weren’t previously planning to go to the health system.

“This is about what the future is,” Muhart said of price transparency tools. “If it’s not us doing it, it’ll either be a competitor doing it or a regulatory body telling us ‘This is the way we must do it.’ ”l

Harris Meyer contributed to this report.