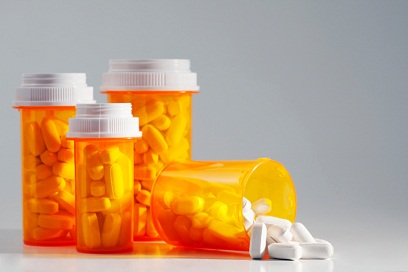 The judge’s ruling follows seven weeks of arguments in a closely watched case that was the first of hundreds of opioid lawsuits to go to trial.

The $572 million remedy would go toward treatment and prevention programs, but Johnson & Johnson said it and its subsidiaries would appeal the decision to the Oklahoma Supreme Court.

“Janssen did not cause the opioid crisis in Oklahoma, and neither the facts nor the law support this outcome,” the company’s general counsel Michael Ullmann said in a statement. “We recognize the opioid crisis is a tremendously complex public health issue and we have deep sympathy for everyone affected. We are working with partners to find ways to help those in need.”

Oklahoma Attorney General Mike Hunter sued Johnson & Johnson under the state’s public nuisance laws, estimating that a plan to reverse the crisis over the next 30 years would cost $12.6 billion over 20 years or more than $17 billion over 30 years. The manufacturers disputed those estimates.

In his decision, Judge Balkman said the defendant companies “did not attempt to dispute” that their sales representatives were trained “in their Oklahoma homes” to spread the manufacturers’ marketing messages. He said these “deceptive marketing and sales” efforts then were disseminated in doctors’ offices, hospitals and restaurants, among other places.

“It was undisputed that in 2015, over 326 million opioid pills were dispensed to Oklahoma residents, enough for every adult to have 110 pills,” the judge said.

He also noted that more than 4% of Oklahoma babies born in 2017 had neonatal abstinence syndrome.

Originally OxyContin-maker Purdue Pharma and Teva Pharmaceuticals were co-defendants in the case, but each of those companies agreed to settle. Purdue paid $270 million and Teva $85 million in deals with the state before Johnson & Johnson’s trial began.

Balkman’s decision signal momentum for nearly 2,000 similar pending cases. As noted by The Oklahoman, more than 1,700 claims have been consolidated in lawsuit before a federal court in Ohio.

State and local governments have filed hundreds of other suits against opioid manufacturers and distributors for their alleged roles in the nationwide .

In 2017 alone, more than 70,000 Americans died from drug overdoses. Nearly 70% of those deaths involved a prescription or illegal opioid, according to the Centers for Disease Control and Prevention. The CDC has also reported an increase in opioid overdose deaths between 2016 and 2017.

“With additional resources, hospitals can broaden access to post-overdose treatment in emergency departments, increase training of physicians to treat substance use disorders, cover the costs of lengthy stays and follow-up care for infants with neonatal abstinence disorder, and invest in electronic health information systems to improve coordinated care and prevent overprescribing,” the groups said.

In Congress, Sen. Maggie Hassan (D-N.H.) called the case “historic and welcomed the ruling. She made waves earlier this year when she confronted a Janssen Pharmaceuticals executive over the company’s alleged misinformation about addiction.

“While we can never truly find a dollar amount that is commensurate with the loss of life and enormous pain caused by this crisis, the amount in this verdict doesn’t come close to covering the true societal and economic costs of this crisis over the years, even if it is just for one state,” Hassan said. “As communities across the country continue to grapple with this crisis, this ruling must be the first of many in holding pharmaceutical companies accountable.”

Associated Press contributed to this report.