The digital divide becomes a new social determinant of health

The digital divide becomes a new social determinant of health 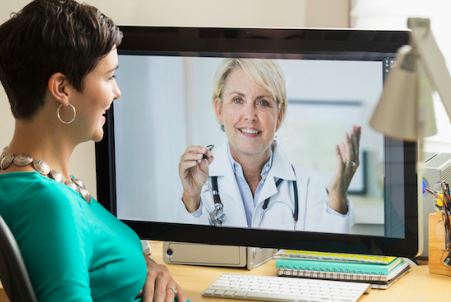 Telehealth and other connected health services are not the silver lining to the pandemic that many people thought. Many patients can’t afford or don’t want the needed broadband connection, creating another obstacle for the underserved.

In Orange County, Calif., when COVID-19 forced CalOptima to shut down its health and social care center, Elizabeth Lee, director of the public health insurance system’s elderly program wasn’t too worried. A Program of All-inclusive Care for the Elderly, or PACE, CalOptima quickly set up telehealth and remote monitoring to help patients who, on average, needed about 10 clinical visits a year.

But the promise of telehealth was deflated by a survey that found two-thirds of their 400 patients either lacked a device, lacked an internet connection, or in some cases both.

As a result, for many providers like CalOptima, broadband internet access has become such an important health risk factor that experts have called having connectivity a “super-determinant of health.”

The tens of millions of Americans who do not have access to high-speed, broadband internet services feed a digital divide hindering telehealth’s potential to become a more convenient, cost-effective and equitable pathway to care.

To make matters worse, the lack of access is mimicking what caused the greatest inequities during the past year. Those with the lowest adoption of broadband internet services are among the most vulnerable populations: predominantly low-income and racial and ethnic minority communities.

“The reality is that we’re moving into an era that is heavily dependent on connectivity,” said Gerry Meklaus, vice president of strategy, innovation and population health advisory services at Premier. “Some folks who are in areas where they are less advantaged in that regard may clearly see disparities, and the industry is very concerned about that.”

Connected: virtual care tools needed the most in areas where internet access is lowest

States with the lowest adoption rates to broadband internet services also ranked low in several health indicators including access to physician services, according to a 2017 FCC study