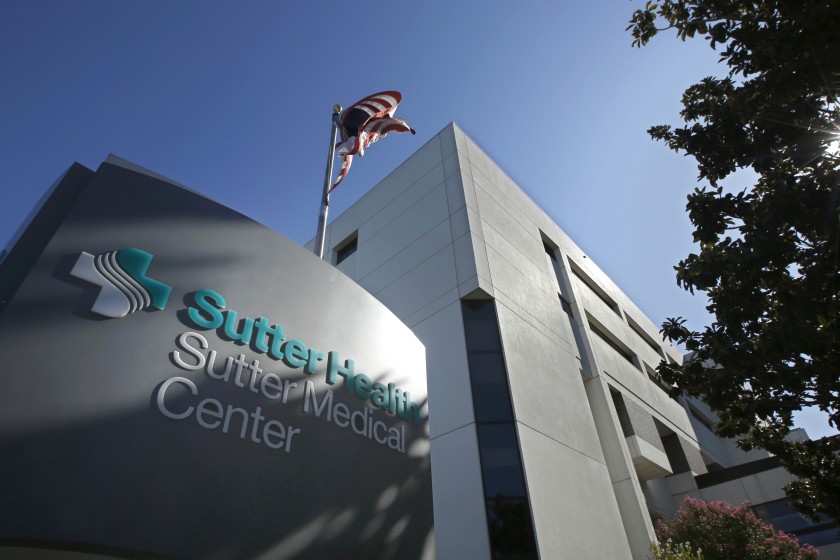 Sutter Health and a group of physicians agreed to pay the federal government $46.1 million to settle allegations that it violated the Stark law by billing Medicare for services by physicians with whom it had improper financial relationships, the Justice Department announced Friday.

Sutter agreed to pay $30.5 million for those alleged violations, the Justice Department said.

The surgeons’ group agreed to pay $506,000 to resolve allegations that it knowingly submitted duplicative bills to Medicare for services performed by physician assistants that it was leasing to the hospital under one of those compensation deals.

Separately, Sutter agreed to pay $15.1 million to resolve other conduct that it self-disclosed to the government, mainly regarding Stark law violations.

Sutter settled allegations that it submitted Medicare claims that resulted from referrals by physicians to whom its hospitals paid compensation that exceeded fair market value; leased office space at below-market rates; and reimbursed physician-recruitment expenses that exceeded the actual recruitment costs.

Sutter said it agreed to repay the federal government but denied any alleged payments for referrals. It said there was no finding that Sutter violated anti-kickback laws.

“Any assertion that the settlement was based upon a finding of payments for referrals is completely inaccurate and Sutter denies any such conduct,” the system said in a statement.

Sutter added that its compliance program self-identified various matters involved in the settlement.

The settlement agreement with Sutter suggested that the government may have remaining claims against the 24-hospital system for conduct that occurred outside the period of Sept. 1, 2012 through Sept. 30, 2014, which it said it was not releasing in this agreement.

Hanvey, who joined Sutter in 2012, will receive $5.9 million as her share of the government’s recovery in the case.

The law firm representing her, Wilbanks & Gouinlock in Atlanta, said Hanvey will move forward with other remaining claims against Sutter, the cardiovascular surgeons group and other Sutter medical groups that were not resolved in this settlement agreement.

She said she issued a hold on the some of these payments in June 2014 but that one of the surgeons, Dr. James Longoria, threatened to shut down Sutter Memorial Center Sacramento’s operating rooms if the payment halt wasn’t lifted.

Sutter “gave in” to the threat, and reissued the payments for the physician assistants via Federal Express, she alleged.

The medical group’s attorney did not respond to a request for comment. It did not admit to liability in the settlement agreement.

This is the second federal settlement by the large health system this year. In April, Sutter Health and several of its affiliated medical foundations agreed to pay $30 million to the government to resolve allegations that the foundations submitted inaccurate information about the health status of Medicare Advantage enrollees, resulting in plans and providers being overpaid.

In addition, the government announced in April that it was joining a whistleblower lawsuit against Sutter Health and its affiliated Palo Alto Medical Foundation alleging they violated the False Claims Act by knowingly submitting unsupported diagnosis scores.