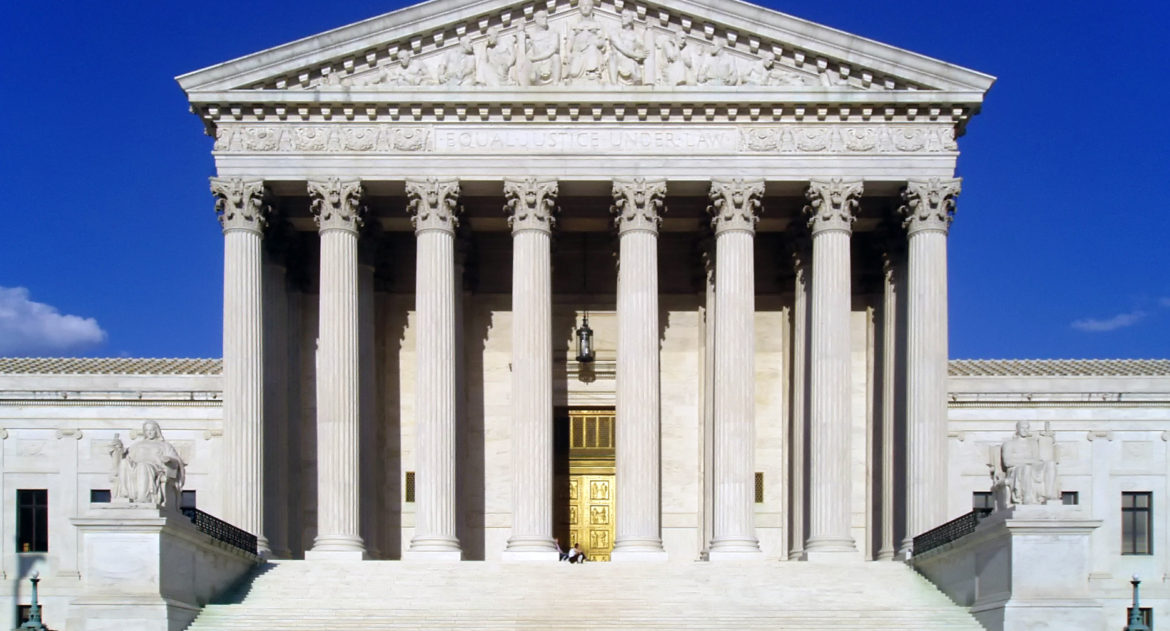 The Supreme Court on Monday agreed to consider a politically charged legal challenge brought by the Trump administration and Republican attorneys general that could take down the Affordable Care Act.

The judges will weigh the case in their fall 2020 term, as they previously declined to take the case up on an expedited schedule. That means the justices likely will not decide the case before the 2020 presidential election.

Twenty Republican-led states, along with individual plaintiffs, sued in February 2018 to abolish the ACA. They argued that the individual mandate is unconstitutional because the 2017 Congress zeroed out the penalty associated with not having insurance, and as a result, the rest of the Affordable Care Act must fall with it.

The court will allow 33 state hospital associations to file a legal brief supporting Democratic attorneys general and the U.S. House of Representatives’ argument that the rest of the Affordable Care Act should be preserved even if the individual mandate is found unconstitutional.

The Supreme Court’s decision to take up the case without waiting on lower court judges to sort out specific severability issues means a final ruling could come much sooner than was previously thought.

HHS Secretary Alex Azar in a series of Capitol Hill hearings in recent weeks has maintained that the Trump administration didn’t need to outline a detailed Affordable Care Act replacement plan because a final court decision could have been several years away.

“The litigation has a very long way to proceed,” Azar testified before the Senate Finance Committee on Feb. 13. “We would wait until there is a final judgment from the court of authority, which in this case would obviously be the Supreme Court.”
But legal experts said that the Supreme Court’s decision Monday could change that calculus.
University of Michigan law professor Nicholas Bagley said he thought the Trump administration’s reluctance to put forward a replacement plan was untenable before, and became more untenable with a truncated timeline for a Supreme Court decision.

“You can’t craft an ACA replacement overnight. It takes years of diligent work with stakeholders, legislators and policy experts. So far, the Trump administration has exhibited zero interest so far in doing any of that work,” Bagley said.
It only takes four justices to agree to take up a case, so Georgetown University health law professor and ACA expert Katie Keith said it was not surprising that the Supreme Court decided to grant certiorari, as the court has four liberal justices. But she said the decision to hear the case next term means there is an imminent threat that millions could lose health insurance coverage.

“Even if the court upholds the ACA, the idea that there would be no contingency plan is incredibly irresponsible,” Keith said.
Senate Minority Leader Chuck Schumer (D-N.Y.) quickly attacked Republicans’ lack of a plan to replace the Affordable Care Act if their lawsuit is successful.

“Republicans have no plan to lower health care costs and expand healthcare coverage—only a lawsuit that takes it all away. The American people deserve resolution to this Republican healthcare sabotage,” Schumer said in a statement.

Healthcare experts watching Congress said it was unlikely that lawmakers would pass any sort of meaningful legislation related to the Affordable Care Act before the election. A Republican consultant and former congressional healthcare staffer said Senate Republicans likely won’t feel urgency to act because President Donald Trump proved during his 2020 State of the Union address that he is comfortable claiming to support protections for patients with pre-existing conditions while simultaneously pursuing a lawsuit to invalidate them.
Investment analysts said the Supreme Court’s decision to hear the case next term is initially positive for healthcare companies because it will likely create certainty more quickly. The Supreme Court has ruled twice before to preserve the Affordable Care Act in the face of legal challenges.
However, Rick Zall, head of healthcare and partner at Proskauer, said the composition of the court has changed since the two prior decisions with the appointment of conservative justices Neil Gorsuch and Brett Kavanaugh, which introduces an element of uncertainty to the mix. Anthony Kennedy, Kavanaugh’s predecessor on the court, sided with Chief Justice John Roberts and the four liberal justices on the court to uphold federal subsidies established in the ACA in King v. Burwell.
“We expect some investors to delay investment decisions on ACA-sensitive assets until at least the 2020 election and possibly until the Court rules,” Zall said.
Mike Strazzella, head of government relations at Buchanan Ingersoll & Rooney, said the Supreme Court could release a nuanced decision that is more complex than a simple “up or down” opinion on the Affordable Care Act’s constitutionality.
In the meantime, America’s Health Insurance Plans commended the justices’ timing because it will minimize uncertainty about insurance coverage.

“We are confident that the Supreme Court will agree that the district court’s original decision to invalidate the entire ACA was misguided and wrong, and that zeroing out the mandate was never intended to wreak havoc across the entire American healthcare system,” AHIP President and CEO Matt Eyles said in a statement.

Margaret Murray, CEO of the Association for Community Affiliated Plans, said the group is looking forward to having resolution on the stability of coverage for the Medicaid expansion, which brought coverage to more than 10 million people.
The American Hospital Association similarly praised the court’s decision not to wait for further lower court rulings, but called for the court to reconsider expediting the case to hear it sooner.

“While today’s Supreme Court decision to review the challenge to the ACA brings us one step closer to the resolution patients need, these critical coverage gains will remain in unnecessary limbo without expedited review,” AHA President and CEO Rick Pollack said in a statement.