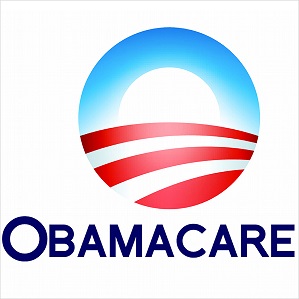 A federal appeals court ruled on Wednesday that the Affordable Care Act’s individual mandate is unconstitutional, but it stopped short of striking down the entire healthcare law.

Two judges on the three-judge panel at the 5th U.S. Circuit Court of Appeals in New Orleans decided that the individual mandate is not constitutional because it cannot be construed as a tax. The appellate court remanded the case back to U.S. District Judge Reed O’Connor in Texas to determine whether the rest of the law can be saved.

“The individual mandate is unconstitutional because it can no longer be read as a tax, and there is no other constitutional provision that justifies this exercise of congressional power,” according to the opinion. “On the severability question, we remand to the district court to provide additional analysis of the provisions of the ACA as they currently exist.”

The third judge dissented, writing that the mandate is legal.

The decision affirms in part a lower court decision that found the individual mandate unconstitutional. While it stopped short of invalidating the entire ACA, the decision prolongs the court process and ensures that the future of the landmark healthcare law remains uncertain.

California Attorney General Xavier Becerra, who leads the 20 Democratic states that defended the ACA in the face of the Republican state challenge, announced that the California Justice Department is prepared to ask the U.S. Supreme Court to challenge the ruling.

“For California, and I think millions of Americans, it is indispensable to get clarity and certainty, and the best way to get certainty is to go to the Supreme Court,” he said during a Wednesday press conference.

U.S. Circuit Judge Jennifer Elrod, a Republican appointee who wrote the majority opinion, leaned heavily on a 2012 Supreme Court decision that upheld the individual mandate’s constitutionality as an exercise of Congress’ taxing power. Since the mandate doesn’t produce revenue for the government anymore, it’s no longer tax. She wrote that the provision can be read only as a command, which exceeds Congress’ power.

“Our decision breaks no new ground. We simply observe that (the individual mandate) was originally cognizable as either a command or a tax. Today, it is only cognizable as a command. It has always been an exercise of legislative power,” the opinion stated.

But the appeals court did not answer a central question of whether or how much of the rest of the ACA can be “severed” from the individual mandate. O’Connor will get another swing at those questions, but received little guidance from the 5th Circuit majority. The judges noted they were not persuaded by his initial approach to severability, which they said lacked precise explanation.

O’Connor had ruled that since the individual mandate was considered “essential” to the Affordable Care Act, the entire law could not stand without it.

The 5th Circuit also asked O’Connor to consider the federal government’s recent suggestions—pitched on appeal—to declare the law unconstitutional in only the states that brought the lawsuit and enjoin only the parts of the law that injure the plaintiffs.

The majority wrote that the lower court’s severability analysis was incomplete because it gave little attention to what the 2017 Congress intended by zeroing out the individual mandate penalty but leaving the rest of the ACA intact. The district court also neglected to explain why newer provisions of the ACA are “inextricably linked” to the mandate.

Hospital, insurer and patient advocacy groups, along with Democratic lawmakers, lamented that the 5th Circuit was unwilling to determine whether entire ACA could stand without the individual mandate, noting that not doing so creates further chaos in the healthcare system and is harmful to Americans.

“Sending the decision back to the federal district court that invalidated the entire law puts health coverage—and peace of mind —for millions of Americans at risk,” Rick Pollack, CEO of the American Hospital Association, said in a statement.

Blue Cross and Blue Shield Association CEO Scott Serota echoed those sentiments, but he noted in a statement that the “court recognized the gravity of a challenge to the entire law and did not immediately rule to invalidate it.”

Had the 5th Circuit upheld a lower court’s decision in entirety, the consequences for millions of Americans and healthcare companies that serve them would have been far-reaching. The decision would have affected people who buy coverage in the individual market and those with coverage through Medicaid expansion, Medicare and from their employers.

“The Fifth Circuit’s cowardly decision, which likely delays a Supreme Court decision until after 2020, is obviously an attempt to shield Republicans from the massive blowback they would receive from the public if the highest court in the land were to strike down the ACA before the upcoming election,” Senate Democratic Leader Chuck Schumer said in a statement.

U.S. Circuit Judge Carolyn King, a Democratic appointee who did not speak during July oral arguments, dissented, writing that the individual mandate is not a command because the penalty was reduced to $0.

“Without any enforcement mechanism to speak of, questions about the legality of the individual ‘mandate’ are purely academic, and people can purchase insurance—or not—as they please. No more need be said,” she wrote.

King also disagreed with the majority over whether the Republicans, Democrats or individual plaintiffs had standing to challenge the ACA. While she wrote that no parties had standing to sue, the two-judge majority ruled that all parties were properly before the court.

“Today’s decision in Texas v. Azar is a win for all Americans and confirms what I have said all along: that the individual mandate, by far the worst element of Obamacare, is unconstitutional,” he said in a statement.

He took the opportunity to slam “radical” healthcare changes proposed by Democratic lawmakers and promised to protect individuals with pre-existing health conditions, even though the lawsuit that would strip those protections should O’Connor again rule the entire ACA invalid.

At least one Republican senator seemed skeptical those protections would remain untouched.

“I think we ought to go ahead and pass something to make sure that even if it’s declared unconstitutional, we protect pre-existing conditions,” Sen. Rick Scott (R-Fla.) said in the wake of the decision.

Rachel Cohrs contributed to this report.